This morning at Poultney Elementary, students were certainly busy. In Mr. Cameron-Vaupel’s kindergarten class, it was snack time with an interactive video playing on the SmartBoard. It was also snack time in Mrs. Godfrey’s class and the students were certainly enjoying the little break from schoolwork. In Ms. Llyod’s first grade class, they were working on sounds of letters, specifically the letter “p”. In Mrs. Mahoney’s class, students were either working independently or in groups with the majority working on their Chromebooks. In Mrs. Kelly-Edward’s fourth grade class, they were working on a multiplication packet. Mr. Harrington’s class was also working through some math, learning how to write their own word problems. Outside on the tennis courts, Mr. Fifield’s physical education class was playing a team-based game.

It definitely seemed like a positive, productive morning at PoES, with the student’s enthusiastically working and honing in on their skills. Check out some of the highlights! 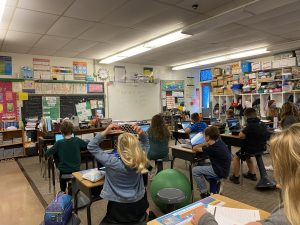 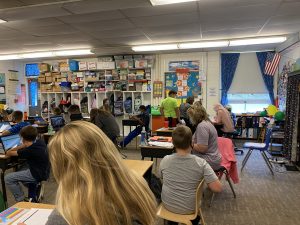 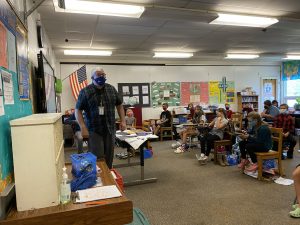 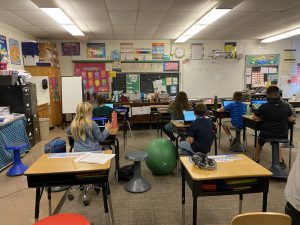 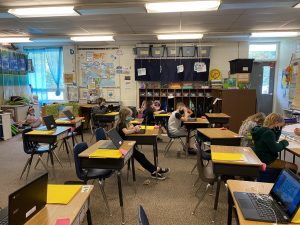 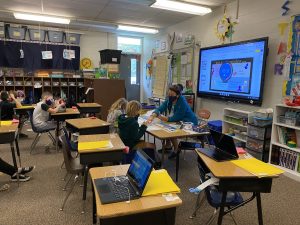 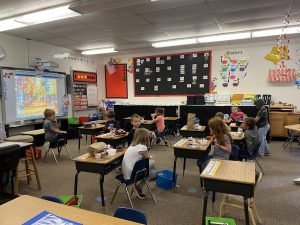 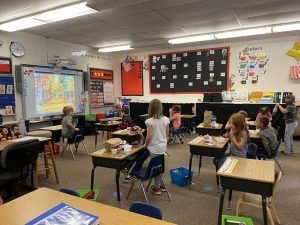 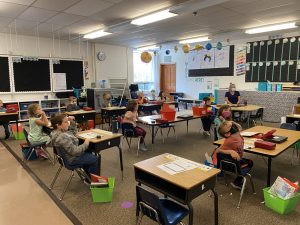 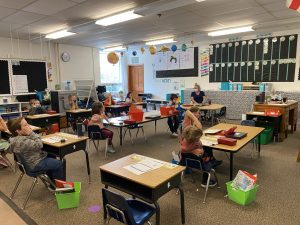 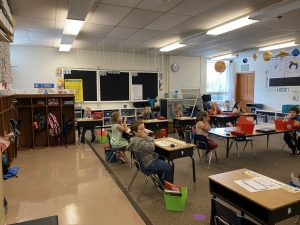 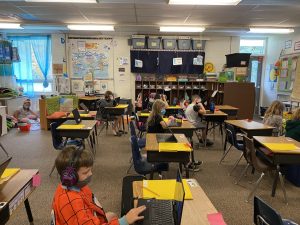 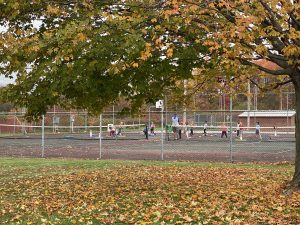